Click on the above link to listen to this audio story.

Below is a written version of this story.

Everyone needs to feel connected, but a lot of men - disability or not - just aren’t connected enough. A study by Beyond Blue and The Movember Foundation, found that a quarter of men reported having no one outside of their immediate family that they can rely on. A lack of social connection is almost doubled in men who live with disability.

It’s well documented that social isolation can have impacts on both your mental and physical health. But how can men who are feeling disconnected, build connection?

I sat down with three men, at different stages and ages of life to discuss their experiences of creating connection.

The first man I met with was Yanni, Yankuntjatjarra and Greek man in his early 20s. But Yanni grew up in the Kaurna region, Adelaide. This is because his father was part of the stolen generation. He was taken from his home and adopted in Adelaide.

This disconnection from the land he belongs to has created a disconnection from his culture. He told me, “I’m not really connecting to my culture as much as I wish I was. I’ve only really grown up in Adelaide and that’s very far from the lands of which I belong to, and where my family belongs to, which is out in the middle of the desert.” And added that his life is, “very different to the cultural way of life of which I wish to live.”

Yanni lives with physical disability, caused by a misdiagnosed hip injury when he was in high school. This injury prevented him from continuing the thing he loved most – sports. He was a passionate football player and skateboarder. He told me, “Because I can’t do all of the things I was passionate about, I’ve felt that social isolation.”

Not being able to play sport anymore and losing that connection to his friends was hard on Yanni’s mental health. But he eventually found his way out of the darkness with the support of his Aboriginal Education Worker.

Now Yanni is forging his new path as a social worker. His goal is to help Aboriginal children overcome barriers. It’s a future he feels excited about. And although he no longer plays sports, he has found a new passion – rapping. And through writing and sharing his raps, he has created new cultural and social connections. “I rap about issues that affect aboriginal people a lot,” He said. “It makes me feel connected in the sense that when I talk about what affects Aboriginal people I am exposing the truth to the wider society as well. I’m exposing stuff that’s been hidden for many years. And that’s where I feel connected.”

Yanni has created connections by working on his own strengths and interests. It has led him down an exciting career path and allowed him to connect to his culture in a new way. 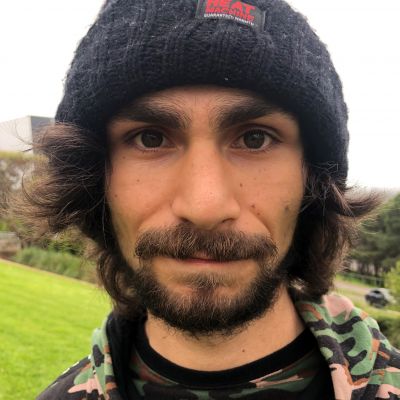 Next I spoke with Terry, who acquired disability much later in life than Yanni. But, like Yanni, it still had a major impact on his social connections.

After a long and successful career in the Army, Terry and his wife, Moira, settled in country South Australia where he enjoyed maintaining the house, doing yardwork and working on his cars.

Then in 2015, Terry was caught in a bushfire. He had burns to 75% of his body. Because his injuries were so severe, they had to move to the city to be closer to the burns unit and other services he now needs.

Terry says he was never all that social. But since moving away from his friends in the country, he has realised how important social connection is. “I used to play competitive table tennis twice a week. So I used to get together with the other blokes and go and jump in each other’s cars and go to play the comp.” He told me. “I can’t play table tennis anymore so I don’t meet those friends. I’m a bit of a loner but table tennis did force me into socialising a bit. I miss that a lot. I’m very much on my own down here.”

But he’s not completely on his own. Visiting Terry and Moira in their home, I could see that their relationship is strong and full of love. He said, “Without her company and love, I don’t know where I’d be at the moment.” They’ve been together for 42 years now.

Terry is searching for ways to connect with others and make new friends. He regularly goes out for walks and visits cafes. He’s also researching inclusive technology, like voice activation, that could help him embrace digital forms of communication like social media and email, where he can connect with people and start conversations about his interests. “I just like to communicate to people and I’m reasonably opinionated so if someone wants to talk about politics, that’s fine, religion, that sort of thing.” He’s becoming more confident using the tech and is hopeful that it will open up connections for him.

Terry is a perfect example of why building strong relationships with loved ones is so important. And his ability to problem solve and get on with life shows that when physical access to social connection is a barrier, there are tools and technology that can help. 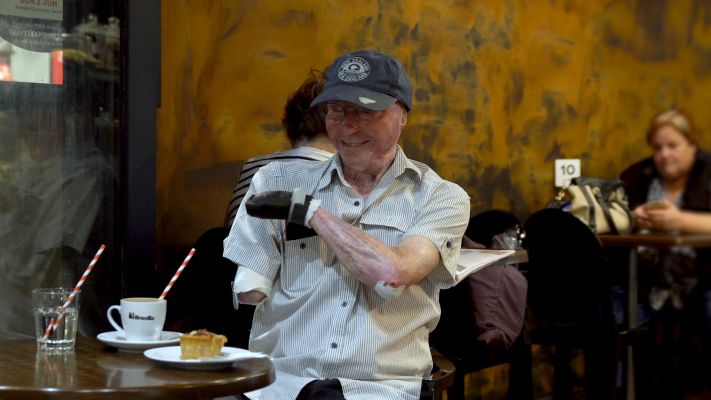 The last man I spoke with was Ben. He also uses social media to find connection. But as a 19 year old who has grown up in the digital age, it’s second nature to him. He says that making friends is easy when you use social media platforms like Instagram, Snapchat, Twitter and YouTube.

Ben lives with intellectual disability and the internet has helped him to overcome some social barriers that he’s faced in the past. But it’s important to him that he has IRL (in real life) friends as well. He keeps his social connection alive through events like men’s night. “Men's night is when you go out. You grab a place, you stay there for a couple of nights.” He told me they have lots of different adventures on these weekends including going to the movies and treasure hunts.

Ben uses his NDIS funding to support his social connection because he knows that being connected to his friends improves his quality of life, especially his mental health. He knows that communicating with his friends and telling them about his worries is important.

He told me that social connection hasn’t always been easy for him and sometimes, when he was younger, he felt left out. These earlier life experiences have motivated him to make sure everyone around him feels included and accepted. So now he has some advice for all of us, “People need a way for everybody to get involved. There's one thing that people must do. People must include their friends.”

There are many different ways that we can connect with one other, online and in real life. Ben knows that social connection is a health issue and invests a lot of time into staying connected. He says that we need to connect with people for our own benefit but it’s also important for everyone to reach out and help others to stay socially connected.

Yanni, Terry and Ben, all have very different lived experiences. They’re all at different stages of their lives. But they do have something in common. They know the importance of connection and are actively creating it in their lives.

Do you want to connect more? Reach out to an old friend or make a new one. Jump online and start a conversation or find a new hobby that connects you to your culture. And if you already have a fulfilling social life, try and connect with someone who doesn’t. Everyone deserves to create meaningful connections with others and to enjoy the benefits of social inclusion.

You can also find other peer networks in your area on the Peer Connect website at www.peerconnect.org.au